We will be doing medicals for your essential staff during the lockdown period. Contact info@hspgroup.co.za.
Should you need any hygiene supplies please visit hspshop.co.za

Home/Marketing, Medication, Travel Health, Wellness/Beat the flu bug, get your shot!
­
Previous Next

Beat the flu bug, get your shot!

Is it part of your annual routine to get vaccinated with the influenza vaccine?

According to an article written on the 10 June 2016 by Dr. Sibongile Walaza the following facts apply to the South africans every year.

Influenza, more commonly known as flu, kills between 6,000 and 11,000 South Africans every year.

“About half of those deaths are in the elderly and about 30% in HIV-infected people. During the flu season in South Africa about 14% of patients hospitalised for pneumonia and 25% of patients with flu-like illnesses test positive for flu. The flu vaccine – which prevents one from getting flu – should ideally be taken between March and June, before the flu season starts. But getting it later will protect you during the rest of the season” written by Dr Sibongile Walaza, medical epidemiologist at South Africa’s National Institute for Communicable Diseases. 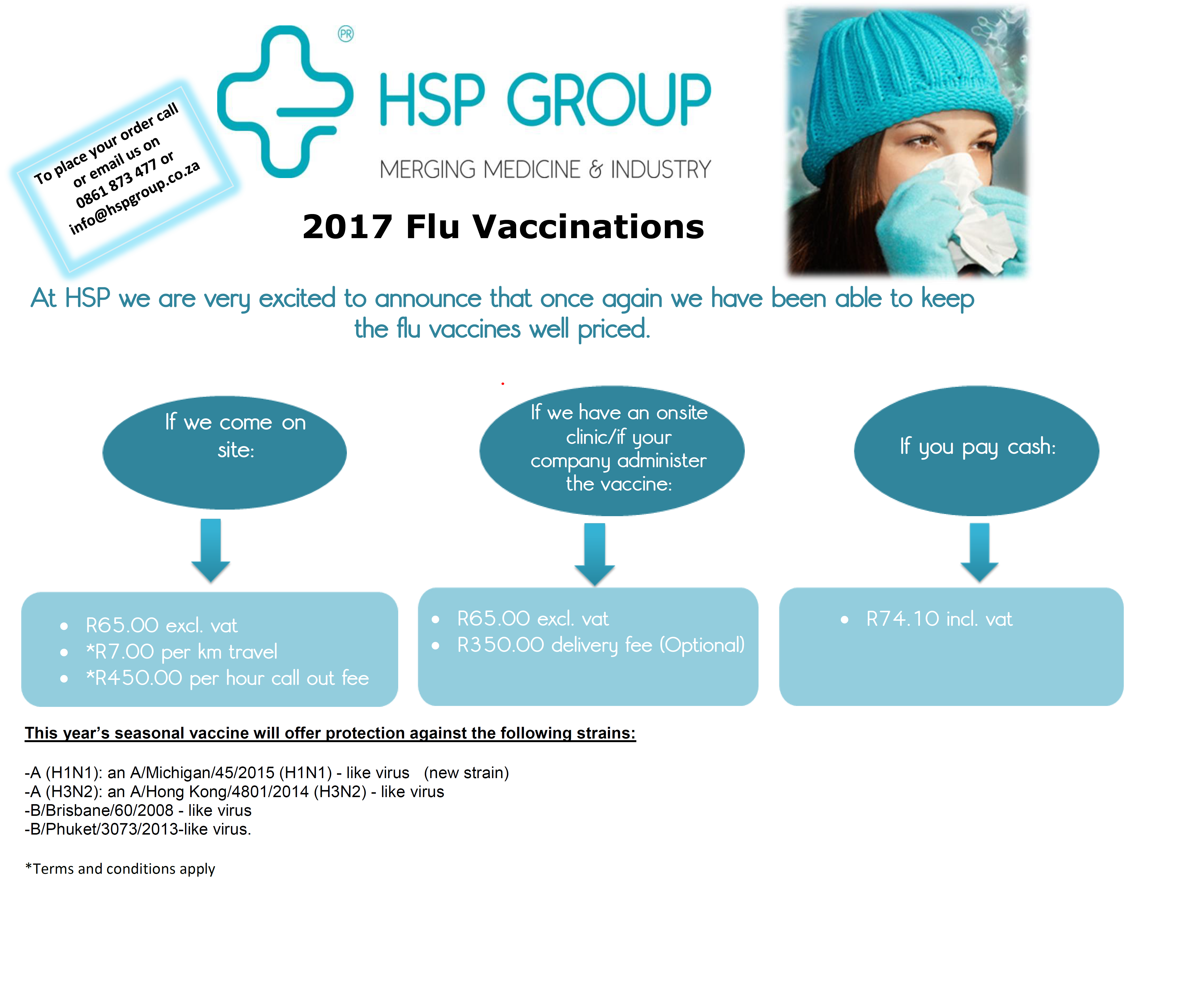